Some notes about the promotion.

Jazz was available as both an instant win prize claim, and also a purchase offer from Ralston Purina cereals, 'Cookie Crisp' and 'Cracker Jack', from a promotion that began after Hasbro Bradley became Hasbro., Inc. (the company name change was in August 1985). On the back of the box is written "© 1985 Hasbro., Inc.". According to the promotion, there were 25,000 instant win prizes, redeemed by sending the instant win certificate (which was the blue action sticker backing sheet, with YOU'RE A WINNER printed on it) to Promotional Marketing Corporation (Westport CT) who were the agency responsible for managing the instant win promotion. Jazz could also be purchased by sending 2 proof of purchases + $3.95, directly to Ralston Purina in Mascoutah, Illinois.

The promotion is also seen on boxes of the unreleased 'The Transformers' chocolate cereal, with mock-ups dated 9.26 (1985), that was probably the cereal originally intended for the promotion, as a tie-in to launch the product. However, the instant win prize claim was not present on this mock up. It was intended to be only a purchase offer of Jazz. In the end, the cereal did not launch, and I speculate that Ralston Purina had already committed to an unknown wholesale purchase of Jazz figures that it now needed to clear.

Without a Transformer brand cereal to provide context for a toy redemption promotion, up to 25,000 figures were earmarked to be given away for free via other cereal brands - Cookie Crisp and Cracker Jack. All in all, the promotion ran for less than a year, beginning sometime in late 1985, likely post September, and ending on 9.30.1986.

The fulfillment of the 'mail away' toys was by American Redemption Systems Inc. (ARS), a full-service promotional fulfillment and coupon management company set up by Ralston Purina and operating out of 711 W. Fuesser Road, Mascoutah, Ill. 62224-0001. By the time the promotional mock-ups and commercial were cut, Jazz already had the 'Martinii logo' removed from the promotional artwork, photographs and video.

Cookie Crisp Jazzes developed their own special variant status among collectors, namely that they usually have all references to 'Porsche' and 'Martinii' (sic) missing from the factory applied door sticker and sticker sheet, which led to a kind of collector's rule that all blank-door figures are Cookie Crisp, when in fact these blank-door figures were also regularly found on toy shelves as well. There are plenty of US packaged non-Martinii Jazzes out there for a toy that was not part of the 1986 USA assortment, meaning the change must have occurred mid 1985.

The Jazz variant lineage should be thus:

Where the types that were received via the Ralston Purina promotion where mostly type 3 and 4, with a few types 2 potentially received early on.

One has to consider that Purina Ralston was receiving some bulk shipments of Jazz toys from Hasbro, and then packing them into mailer boxes at Fuesser Road. The first shipments may have been received weeks or months before the promotional materials were finalized and the promotion went live, and those shipments may have contained transitional stock.

I do think that some Jazz figures intended to receive a second door sticker, (as evidenced by the blank sticker sheet), probably did not - in error, as there are many known errors in the G1 history - and it is plausible that these were among the early inventory at ARS. See testimony here. Do we think given a near one year of fulfillment, that there were no oddball figures mixed in?

*Note, when researching I saw a mail-away Jazz that was paired with a MCRB mailer (the 7075 Oakland Mills Rd mailer). However it looks like it was actually the mailer for a Wheeljack, as there is no Robot Point redemption offer for Jazz. 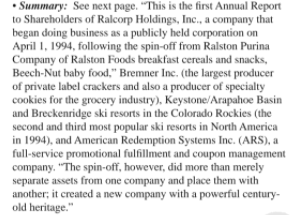 Posted by masarujasu at 2:52 AM